is there a translation in french?

I must protect NightOwl at all costs.

got all the good endings, theyre all such interesting characters and i love them all <33 i will not do the bad ends cuz i hate sad and angsty stuff so im good now when ive gotten all the good endings and extra stuff ! really such a funny and unique game, love it lots <33

i said nighty night to every one while i played and i almost choked to death when i heard Toasty saying that to me instead, thanx y'all i loved it <3

QUEST IS A BABYYYY I LOVE HIIIMMMM AND TOASTY MY FAVS.

What you do is you download the game and then use a compressed file opener(I use 7-zip) by right clicking and selecting exact all. After it finishes exacting, open the unzipped folder and click the game icon.

I tried to relaunch the game today - but it kept saying files were missing.. i played it yesterday... please help - this is my comfort game T^T

This was too good omg, the first time in my life that I don't want to get the bad endings!!, some of them are really relatable and the other characters too. Ngl, it would be really cool to get a BIGLADY route, she's like so me cuz women
Anyways, amazing game, loved the art, and the voice acting was really good!!! also the OST OF THIS GAME?????? SO FRICKING GOOD, the chats felt so real!
Such good characters, with stories that can be actually seen in people, lovely
Totally will recommend this to my friends!, thank you so much for this game, it was amazing
A round of applause to all of you!!

I absolutely adore this format and story! I hope you can share a bit of knowledge on how did you program it? Is that too technical of a way to view things? I'm just astounded by how you made everything! I'm a baby programmer T-T all the best wishes to you guys!

this was INCREDIBLE! The voice acting, the plot, everything was amazing. I will say I was too scared to get the bad endings, I got one and was so sad :((. My top three were Quest, xyx and toast in that order. This truly seemed like a labor of love and I enjoyed every second of it.

I love this game so much, AND IM SO ABSOLUTELY in love with xyxs voice, who's his VA!?

mike young, its in the credits! ^^

First of all, I'm pretty sure that this entire game is some kind of promo for FFXIV.... just kidding.

In all seriousness, this isn't the type of VN I usually go for, but I saw it on a recommendation list with many other IFs and VNs that I have thoroughly enjoyed. I don't regret trying this out one bit. I played all four routes, and they were all incredible in their own ways. In case anyone is interested, from my favorite to least favorite it was NakedToaster, xyx, nightowl, and then Quest. Also, can I just say... the ANXIETY I felt during NakedToaster's route was UNREAL. I have truly never been so invested in a VN.

I don't want to spoil too much, but 10/10 would recommend. If you're thinking about trying it out, just DO IT!

I WANT TO BE SALOCIN DAUGHTER I LOVE HIS VOICE 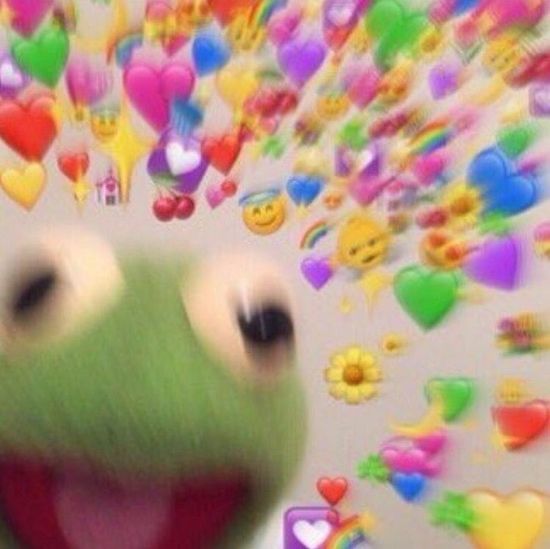 I play this game in my living room and i don't know all character have voice and then nightowl call me and........uh.....it is hard to explain for my mom than how i get 4/10 on math (sorry my english is suck)

I literally create an acc just for commenting.

I LOVE THIS GAME, I FCKNG ABSOLUTELY LOVE THIS!!! Its been a while for me playing otome vsual nvl (since I'm busy with life in general) but look at me playing this on Sunday night until Monday dawn JUST BECAUSE I COULDN'T STOP WITHOUT GETTING ALL THE ENDING (AND I HAD TO WORK ON MONDAY HELP).

The plot twist, all the characters personality (I feel like I'm chatting with my online friends lmao), and the 4 LI god dang it. I started with nightowl (because he looks cute and the youngest) but damn he swears at me and onion (why) :( also his bad ending kinda hit home a lil bit (because I also had a similar shit going on back im college like him, it hit me right in the kokoro ugh).

Next I'm squelling like a bashful teenager because Quest keeps flirting back and his "Angel" making me weak, knee become spaghetti lmao. Quest story is my no. 1 fave, I played it twice and will be replaying it again tmr (edit. at least every week) lmao.

Bri'ish xyx caught me off guard, his route making me lost my shit, he's so dang funny (also his tongue lmao). His story is okay, but its his troll personality that hit it off with me (who wouldn't want a handsome and funny man, also he rich af lol)

And we face the final boss in Toasty route (MAN I LOVE HIS VA, I SHIVERED EVERYTIME HE TALKS AND LAUGH HELP).plus xyx irked because of Toasty in their private ch was so fucking hilarious lmao

3. xyx (I can't get his discord pfp out of my head even when in romantic situation LMAO HELP)

4. nightowl (his teetee moment after he lashed out at mc and onion, meeeehhhhh. I know its for plot, but still ... He's lucky he's cute hmph.)

LOLL LITERALLY ME WITH XYX!!!! Also don't you find it so weird that you still dont find out their names after Toasty's route?? like I didnt just work 8 hours just to never get told their actual names.. JUST TELL ME WHAT THEIR NAMES ARE!!!!

Also I was totally expecting Quest to call us his "kitten" like a stereotypical discord mod?? like "hey kitten, show us some feet pics :smirk:" AND YEAH I LOVED TOASTY'S VA TOO!! man this game is so cool im still obsessed with it

PLEASEEEE,, I WAS EXPECTING THAT FROM QUEST TOO LMAOOO

YOU GUYS LMAOOOO But really it will be funny if Quest suddenly kitten us DISCORD MOD KITTEN WITH QUEST LETS GOOOOO hehe
Instead we got xyx kitten :"))))
AND DEV PLEASE TOLD US THEIR NAME AT LEAST I CAN'T KEEP CALLING THEM WITH THEIR USERNAME ESPECIALLY TOASTY 😭

This is really cool when are we getting a mobile version? *cries in doesn't own a computer and can't have one*

hey! i really want to play the game but its refusing to download? usually when i have this problem i use the alternative download option itch io has but i cant find that :,))

bro , i love about everthing in this game

would give my left arm for a onion route

i’ll give both my legs for an onion route

I'd give my torso for an onion route

i am so so so so so so so happy that i have played this game. at first, i downloaded it kind of as a joke and to have a little fun. then i played quest's route and i fell in love. i thought he was going to be my favourite. then i played xyx's route and i fell in love all over again. same thing happened with nightowl, omg he was so cute. and then the same exact thing happened with toaster. i had no intention on playing all the endings, and somehow, i ended up finishing all the endings. i love the voices and how they all spoke differently with different personalities, it was nice. thank you.

also, toaster is definitely my favourite but xyx comes in second. love these guys all though, they were all a blast to play through.
i did xyx's bad ending and almost cried, which is when i decided not to do anyone else's bad ending because i dont wanna be sad. maybe ill just rewatch it on youtube.
the bonuses were also really good though and i enjoyed reading them.

thank you for creating this game, i love it so much :) it was very fun to play through and sort of made me feel very happy or really good talking to each one of them <3

does it auto-save? im not sure how to save my progress before closing

use the arrow that points down! i also had an embarassing hard time to figure it out :)

This is sooooo good, thank you very much for creating this masterpiece! <3

I'll never get tired of replaying it over and over again!

Out of all the boys i must say xyx and nightowl were my faves, i was blushing myself throughout the game! It's a really immersive experience and you feel as if you are really there :) I honestly love this game, it's unique style was really charming and I must say I've replayed many times over the past few days! Overall, this game is great and i really recommend :)

This will be a long review and spoiler alert. I wont give too much details, but at first I though I loved nightowl so much and I still do but I chose him because he was my type. And personally I never really notice Quest because he was always only in the background for me. But because I need to access his route too to go through Nakedtoaster's route. I just went with it. Of course, at first I wasn't interested and I just wanted to get it done already. But as I played through more I fell in love. Like I genuinely love him so much I had to play his route 3 times again until I can continue to others routes and I would still be thinking about him during those routes. I love how gentle he is, how kind he is and I just love the father instincts he has. I also love when he flirts back because it was just... oh god. Hes so attractive. I need more contents of Quest. The true ending was so good though like it actually made me teared up a bit. Thank you so much for making this game and I'll be looking forward to your next works!

This is such a cute game, replaying the game to get different endings was also very entertaining to do. I am obsessed with nightowl lmao <3 10/10, I would recommend playing this game!!

I NEED a part two 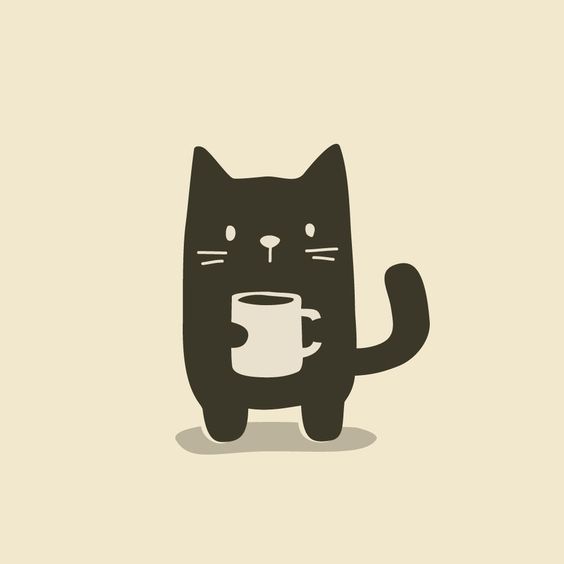 Literally obsessed especially with quest (he’s my ultimate fav), the writing of the characters is phenomenal and I can’t get tired of them

one of my fav otome games! It's deeper than it looks n I really like that.

New fave otome!! ITS SO CUTE it has my heart and soul <33 now I have to find myself a discord mod like quest

pleassssseee do u have the full thing or like where did u get it?

it's a modified version of THIS !